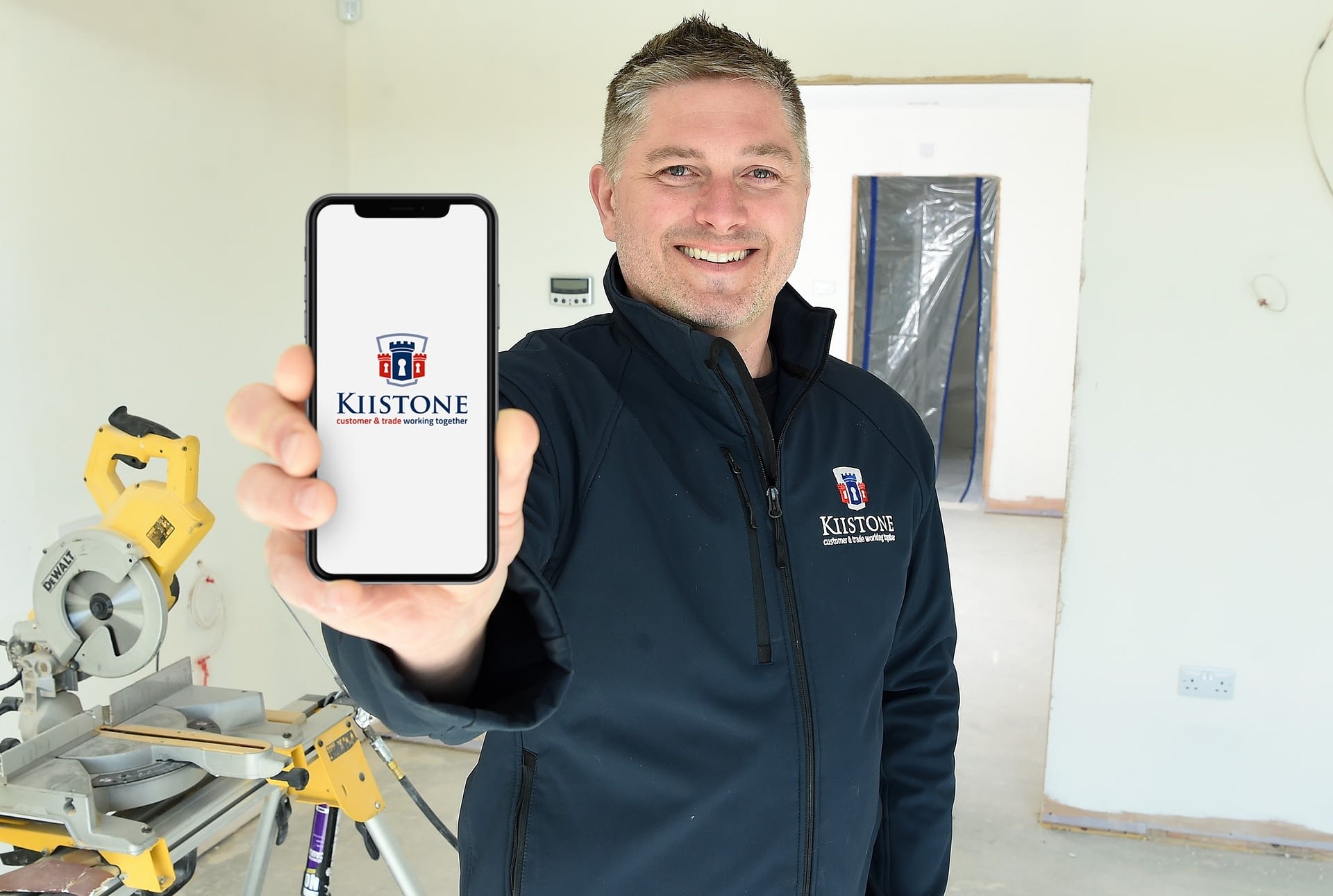 Following a successful launch of its payment platform, Kiistone has handed Limitless Public Relations an extended brief which will see the agency deliver a national trade and consumer campaign comprising media relations, social media and events.

The tech start-up initially engaged Limitless to launch its mobile and desktop platform aimed at helping tradespeople run their businesses more effectively and put an end to payment disputes.

The brainchild of CEO Tim Mullock, the Kiistone platform is designed to financially protect both tradespeople and customers, who agree job specifications and budgets via the platform. Payment is then protected and held independently, by the largest Escrow provider in Europe, until both parties are satisfied that the job has been completed as agreed.

CEO of Kiistone, Tim Mullock, said: “My experience of being a British tradesperson over the last twenty years has shown me both the good and the not so good that the industry has to offer, and the biggest issue that we’ve still got today is a lack of trust between the customer and the trade.

“While it’s undeniable that there are some cowboys out there, professional tradespeople often find themselves tarred with the same brush, which doesn’t make for good customer relationships. On the flipside, tradespeople can experience a lack of understanding from customers or unrealistic expectations, which can lead to disputes over final invoices.

“Kiistone has been designed to provide absolute clarity to customers at all stages of the project and ensuring fair payment for the job delivered.”

As well as the Escrow solution, the online platform provides further functions to help tradespeople manage their projects, diary, cashflow, admin and communication. It also links to the Kiistone Community, providing industry news, guidance and support for trade businesses and homeowners.

Mullock continues: “The aim for Kiistone in the long term is to build a community of tradespeople who take pride in their profession and who understand the value for everyone in modernising the industry. Kiistone’s ultimate goal is to be a gamechanger for the industry, to reinstate pride and quality in British trades, and to represent a new benchmark in professional standards.”

For the PR launch, Limitless drew upon the profile of West Bromwich Albion and England goalkeeper Sam Johnstone, who became a shareholder of Kiistone after using the platform during his own home renovation, to secure coverage in the Daily Mail, the Sun and i-News. Further extensive coverage in trades sector press and local press has led to a significant number of enquiries about the platform and Kiistone has now rolled over the contract with Limitless to include social media.

Mr Mullock says: “For a new idea like Kiistone that is aiming to change the way tradespeople nationally work for the better, the credibility of national media coverage is absolutely crucial. Limitless smashed it out of the park for the launch and we are looking forward to working with them into the future as usage of the platform develops and grows.”

Limitless Director Greg Wilson said: “The Kiistone launch has been a great PR success. National newspaper coverage has helped us so far hit publications with online readership figures of 348 million and 2.6 million opportunities to see in print. Kiistone is a fantastic product with big ambitions to positively disrupt the status quo and improve the lives of its users so we’re really looking forward to helping support them with their long-term growth goals.”